Sep. 20, 2022 - Metsch Refractories, located in Chester, W.Va., a family-owned business operated by siblings Tim Hays and his sister Melisse Osterman, was sold to the family owned and operated Lanik s.r.o, which is based in the Czech Republic, on Sept. 15. 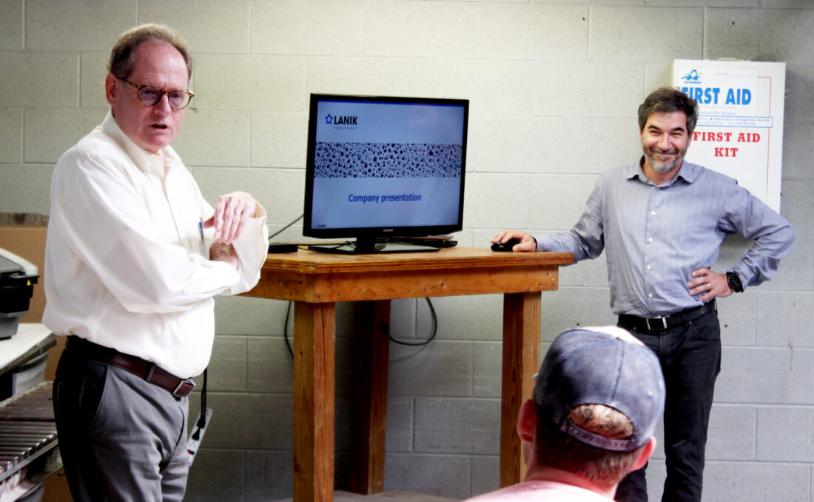 The Hays family has operated Metsch Refractories for 70 years.

The company, which was founded in 1952 by brothers A.V. and Fred Hays, initially supplied the OEM heating and electrical equipment markets. In 1969, the company expanded to supplying custom preformed pouring cups for the investment casting industry.

The company, which now exports to 22 countries around the world, achieved world class status based on the quality of products they produced and continues to explore new markets and lead the way.

Tim Hays, former owner of and now consultant for Metsch Refractories, is presented a gift from new owner Igor Lanick of Lanick s.r.o.

Lanik, which was founded in 1991, is operated by founder Igor Lanik Sr. and his sons Igor and Boris. The company in its early years primarily focused on the foundry industry and the specific use of ceramic foam filters.

Both companies have a longstanding history of supplying the lost wax investment casting industry. Both companies also maintain a focus on the preservation of the family nature in the companies and the ownership structure.

“The Synergy created by the union of these two companies is sure to forge the way for continued success of Metsch Refractories Inc., for the next generation and beyond,” Tim Hays said.

Joni Lower, director of payroll – employee relations for Metsch Refractories, said that with the sale the only thing that would change is ownership and that everything else would remain as is.

Boris and Igor Jr. came to meet the employees of Metsch Refractories and give them a presentation on the background of the Lanick operations.

“I would just say that the two companies together are really a positive outcome for Metsch Refractories,” Hays said.

He also noted that the family is at a point where they needed to do something to secure the future of the company.

“It’s pretty clear from their (Lanick) message that they do not want any changes at all. They want Metsch Refractories to continue as it and hopefully we can improve it over time.”

Hays noted that when they looked into the sale of the company, they spent some time looking for just the right company, a family owned company that would focus on the business after they are gone and without making subtenant changes.

Hays said he believes that this will be a real success for the company in that they are able to share the best of what they do and hopefully from that become something even greater.

Employees from Metsch will travel to the Lanik’s headquarters in the Czech Republic to see their processes and techniques.

Hays and Osterman will be staying on for a while as consultants for the business. 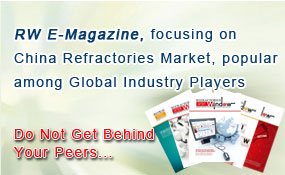